Syncretic Traditions and Peaceful Co-existence in India: A Case Study of Sufism

As one of the most diverse and multi-religious societies, India has always been an enigma to locate an intrinsic unity and peaceful coexistence among its people. The key concern of such inquisitiveness lies in the fact that a large number of multi-religious societies are facing numerous challenges ranging from not only their survival as a nation but also of securing habitual and spontaneous peaceful coexistence of their people. On this count, the social cohesion and mutuality of interests of different sections of Indian society present a unique example of living together irrespective of multi-religiosity underpinning their life. In the quest to find the driving force behind such unity and peaceful coexistence, a perceptive clue is provided by the long-standing syncretic traditions in Indian society. This is, however, not to argue that syncretic traditions have been the only factor that lies at the root of unity and peaceful coexistence in Indian society. As a matter of fact, there have been a host of social, economic, political and cultural motives that have been working in tandem with each for numerous centuries that led to the emergence of a composite, multicultural and multi-religious ethos of social life in the country. Subsequent improvisations, adjustments, mutual respect and, probably most unique of all, conceptualisation of a transcendental life cutting across religious and cultural stereotypes, not only consolidated the roots of multicultural social setup but also led to its survival amidst various threats and challenges in time and space. Hence, what is being emphasised here is the pivotal role played by syncretic traditions such as Sufis, Bhaktas, Sants, among others, in cementing unity and peaceful coexistence by making it inalienable part and parcel of socio-religious life of common people. The paper, in turn, seeks to provide an analytical exposition of the role played by syncretic traditions in promoting unity and peaceful co-existence in India with special reference to the Sufi tradition.

[i] For a lucid account of the tradition of Sants in India, see, Karine Schomer and W. H. McLeod (eds.), The Sants: Studies in a Devotional Tradition of India, (Delhi: Motilal Banarasidass, 1987)

[xviii] For a useful though select survey of prominent saints and shrines, see, A. R. Saiyad, “Saints and Dargahs in the Indian Sub-Continent: A Review”, in C. W. Troll (ed.), Muslim Shrines in India, (Mumbai: Oxford University Press, 1989)

[xx] A vivid account on the subject is given in , K. A. Nizami, The Life and Times of Shaikh Farid ud Din Ganj-i-Shukar, (Aligarh: Oriental Publications, 1955)

[xxii] An illustrative and insightful study on role of Sufi saints in Deccan has been presented in, R. M. Eaton, Sufis of Bijapur, 1300-1700, (Princeton: Princeton University Press, 1978)

GLOBALCULTURZ is a Refereed, Peer-Reviewed, and Indexed, Open Access, International Journal of Culture & Global Studies, published by CCGS, Online, Thrice a year in April, August & December. Original Research Papers (1500-5000 words) or Creative Writings (Max 7000 words) in English, Hindi and Japanese may be submitted for publication to the editors by email:

in editable formats .docx, .pages only.

To report an issue (Plagiarism/Copyright violation or any other) write to us at grievance@globalculturz.org

Your Name: A Study of Imagery and Post-Postmodernity in Cinema 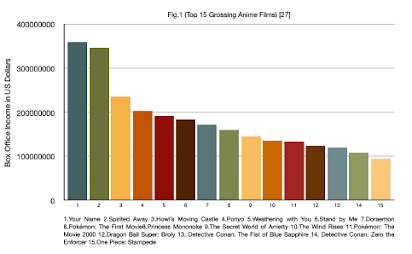